Sam and Rebecca Lieberman were residents of Over-the-Rhine and East Walnut Hills when they met at a political fundraiser. Fast forward several years – they were pregnant with their second child, living in a condo in East Walnut Hills and knew they had to find a house for their growing family. They were open to a rehab, fixer upper or a move-in ready home. Their search began with many walks within a 5-mile radius of the condo and letters sent to homeowners of the houses they both liked. Rebecca had one requirement – it had to be on a corner lot and have space for a garage.

During one of the walks, they came across the dilapidated, vacant house at the corner of Burdett and Ashland Avenues. They looked it up on the Hamilton County Auditor’s site and discovered it was owned by the Hamilton County Landbank. It wasn’t listed as available because there was already an applicant. The couple applied for the home anyway and the first applicant fell through. 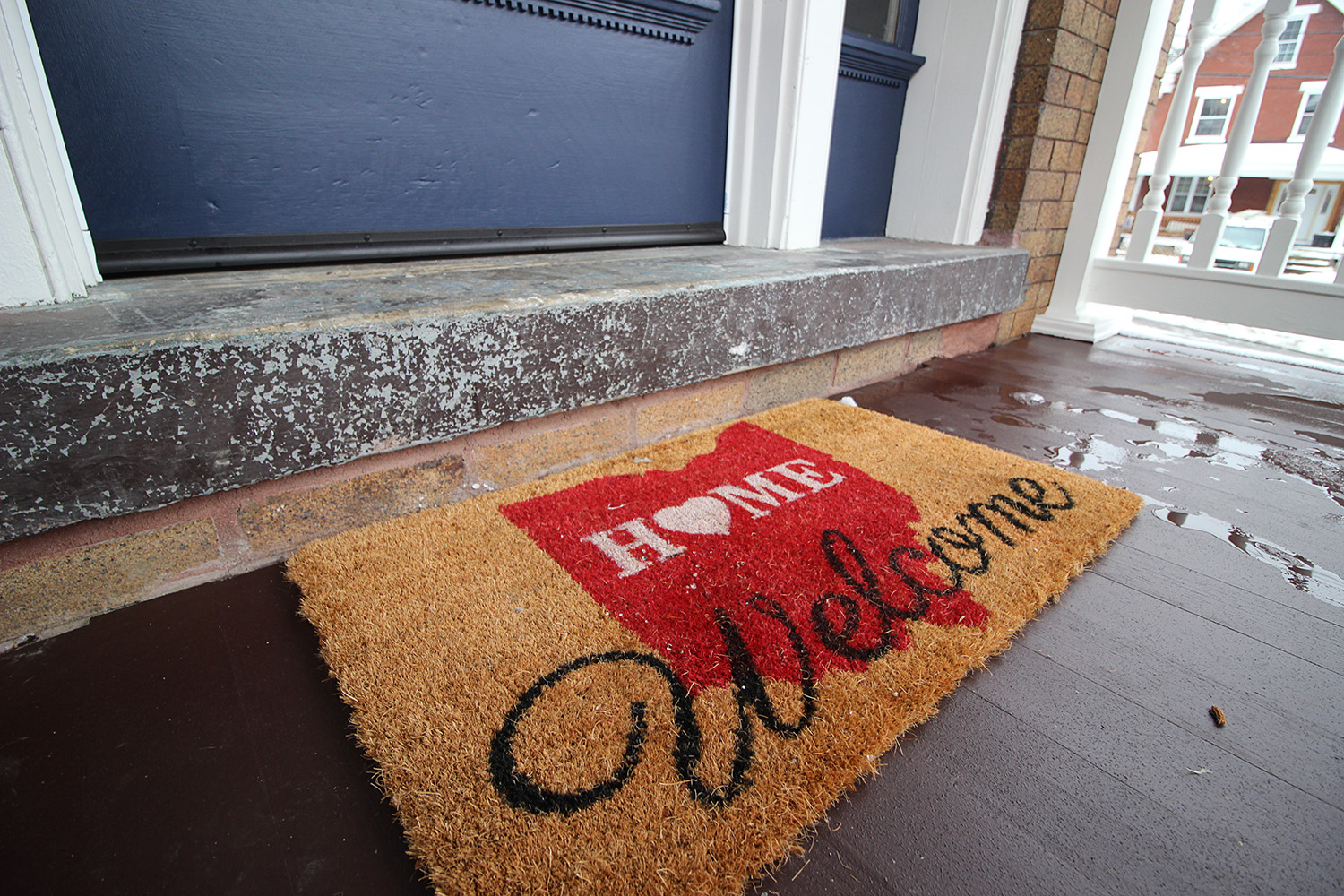 When the Lieberman’s toured the home after applying for it, they realized the work on the 1910 house would be extensive. The home had been vacant for more than 10 years and had a bad reputation among the neighbors. It needed new everything – from the roof to HVAC, plumbing and more. Their application to acquire the property was approved by the Landbank and the Lieberman’s purchased and closed on the house in October 2017.

Sam had a vision for the home from the start, worked with an architect to draw up the plans to submit to the city. The couple hired Michael Fischer, a general contractor with 8K Construction Company, to do the work. Rebecca chose all the design features and fixtures. They were able to keep some of the original features of the house, including the pocket doors enclosing the dining room on the first floor, the original hardwood floors on half of the first floor and the entire second floor, and were able to match the woodwork around the windows.

Updates such as building an expanded addition to house a mudroom, building a new garage and adding a pot filler faucet at the stove were incorporated as well. They sourced period fireplace mantels from Building Value. The transformation took over a year and the family was able to move into the home in 2018 two weeks before their second child was born.

The Liebermans love the neighborhood – residents on the street are active community members and get together once a month. Rebecca’s sister visited so often, she bought a house down the street on the same block.

We’re so happy that we got this house from the Landbank and are excited to raise our children here.

An interesting fact about the street name, Burdett, which is sometimes spelled with an “e” and sometimes not. Sam has done extensive research on the history of the name, which dates back to the family and estate of Francis Burdette Williams in the 1890s. Throughout the late 19th and early 20th centuries there was confusion on how to spell the street name with different versions in newspapers, city directories and Sanborn Fire Insurance maps. The City of Cincinnati ultimately decided in 2018 that, due to the document deeding the land to the city, the official spelling of the street would include the “e.” “As a public sector consultant, I find the history of the neighborhood and the street name fascinating,” added Sam.